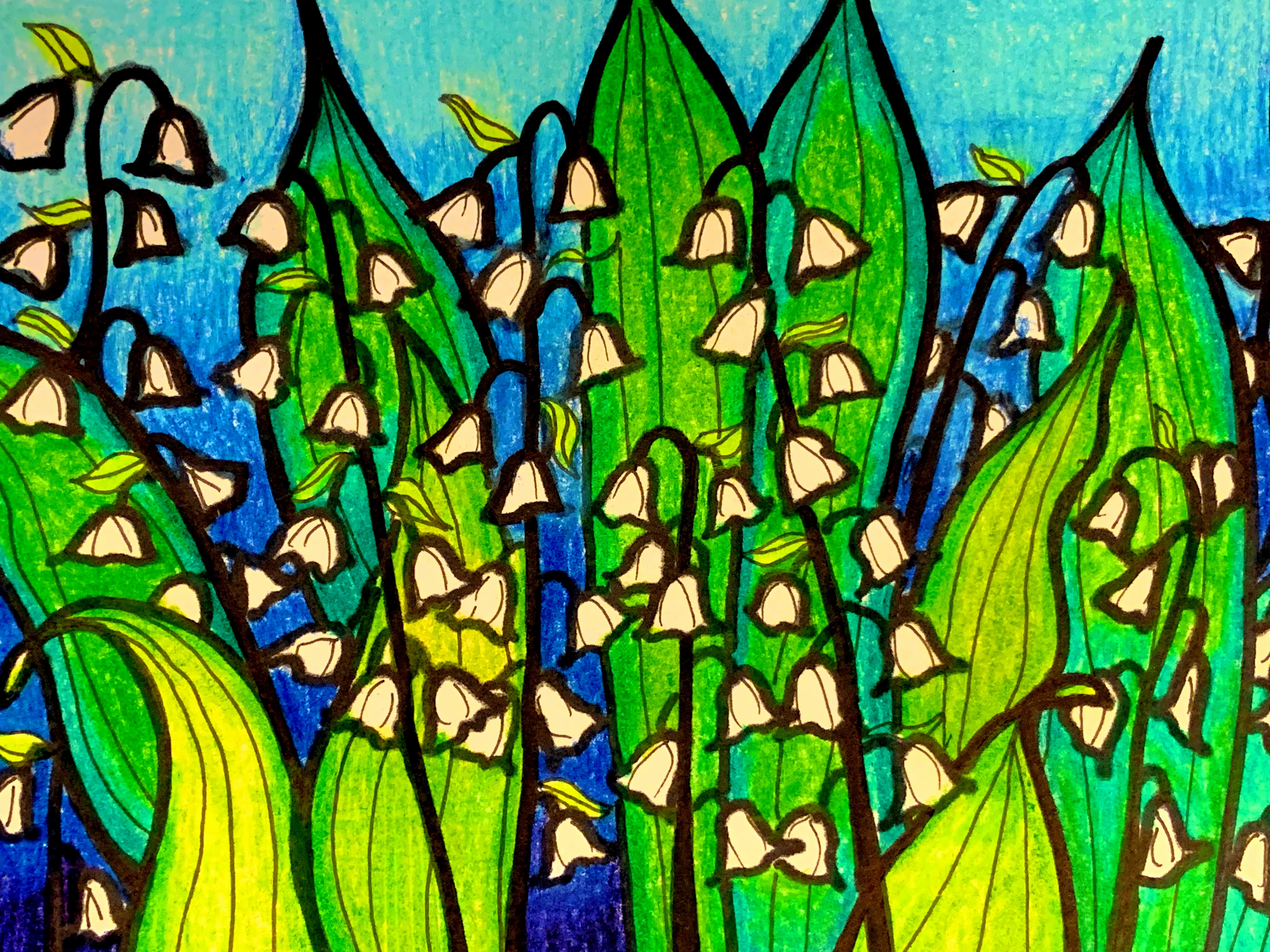 Lily of the Valley – Colored Pencil

Lily of the Valley (Convallaria majalis) has always been one of my favorite spring perennials. The sweet scent of it in the garden is especially fragrant in the early morning or evening. They spread pretty quickly via rhizomes in the soil and make a great groundcover for shady spots.

Fun fact – they are in the same plant family as Asparagus, which is evident in their rhizomes and also in the red berries that are formed after the flowering period. If you have ever grown Asparagus you will notice similar berries. Unlike Asparagus, Lily of the Valley is very toxic.

There was always a large patch of it at my grandmother’s house. She would pick little bouquets of them and bring them in the house to enjoy. She put them in little tiny bottles on the kitchen window sill. I used to love the way the scent of just a few sprigs would fill the whole house. After her passing I lived there for a time when I returned home from college. Along with taking care of the house I was blessed with the task of rejuvenating her long neglected perennial beds. A task that took me a few summers to tame. The patch of Lily of the Valley thrived.

When I moved a few years later I took many of the plants from her garden to my new garden across town. Because Lily of the Valley loves shade, I chose to leave it behind as all my garden space is full sun. The spring of the second year in my new garden I was doing a little cleanup and low and behold…pips. (Pips are what the budding shoots are called.) They came with me. They tagged along with some Lady’s Mantle and within two years established themselves in a nice little patch. Despite the fact that I have no shade whatsoever they continue to grow. It may be the rhizomes were in the soil… but I think it was grandma.